Register & start to create your original collection of articles, books, research, biographies, photographs, files. It's convenient and free. Click here to register as an author. Share with the world your works!

Yu. I. KORABLEV, N. F.'MAKAROV. The Formation of the USSR and Strengthening the Country's Defence Potential.

Soviet defence capability is in the centre of the authors' attention. The centralisation of military command, more effective utilisation of material and human resources with the aim of strengthening defence of the Soviet republics was the result of the formation of the USSR. The state unification of the republics made the USSR a mighty power capable of repulsing aggression of international imperialism.

Yu. A. KIZILOV. Comparative-Historical Aspects of the. Urban System in 14th-15-Century Russia.

The author takes as his subject the interaction of economic and political factors whose impact on the life of a mediaeval town in different European countries was different in spite of the unified major trend of urban development. Political factors tended to strengthen the town as a centre of feudal power while the growth of handicrafts and trade in the Russian towns led to the emergence of new forms of property and corporations similar to the analogous institutions in other countries.

Yu. I. VOLKOVA, N. V. ROMANOVSKY. The Bankruptcy of Bourgeois Historiographic Conceptions of the National Relations in the USSR.

The authors subject to argumented criticism contemporary bourgeois literature on the history of the emergence and development of the Soviet multinational state, they expose the Sovietological tendencies in the treatment of the history of the socialist revolution in the non-Russian regions of the Russian Empire, of the processes which have led to the formation of the USSR and of the national relations in our country at the present stage.

M. A. BARG. Historical Awareness as a Historiographic Problem.

The author presents two understandings of the concept "historical awareness": a broad one, i. e., as a characterisation of the culture of the given epoch and a narrow, specialised one, i.e., as a sphere of transformation of the dominating world-view into an axiological system of the historian. In the first case the type of historism is analysed within a cultural context, while in the second-the historian discloses the degree to which the worldview situation influences the formation of the type of historical thinking.

Permanent link to this publication:

Find other author's materials at: Libmonster (all the World) • Google • Yandex 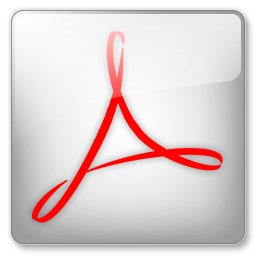 
LIBMONSTER NETWORK ONE WORLD - ONE LIBRARY


Create and store your author's collection at Libmonster: articles, books, studies. Libmonster will spread your heritage all over the world (through a network of branches, partner libraries, search engines, social networks). You will be able to share a link to your profile with colleagues, students, readers and other interested parties, in order to acquaint them with your copyright heritage. After registration at your disposal - more than 100 tools for creating your own author's collection. It is free: it was, it is and always will be.