Register & start to create your original collection of articles, books, research, biographies, photographs, files. It's convenient and free. Click here to register as an author. Share with the world your works!
Photos 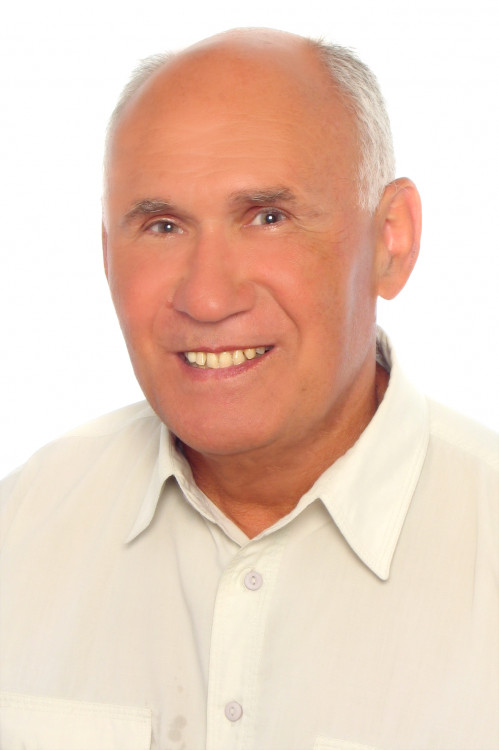 Aladjev Victor Zakharovich – President of the Baltic Branch of the International Academy of Noosphere, Prof., DSc in Mathematics. He was born on June 14, 1942 in Grodno (West Belarus). In 1959 he entered the first year of the Physics and Mathematics Faculty of the University of Grodno, and in 1962 he was transferred to the Mathematics Department of the University of Tartu (Estonia), which Aladjev successfully graduated in 1966 with a degree in Mathematics. In 1969 Aladjev entered the graduate school of the Academy of Sciences of the ESSR with a degree in Theory of Probability and Mathematical Statistics, which successfully graduated in 1972 in two specialties: Theoretical Cybernetics and Technical Cybernetics. In 1972 he was awarded a doctorate in mathematics (DSc) from Prof. R. Bellman (USA) for his work “Mathematical Theory of the Homogeneous Structures and Their Applications”; this work was recognized as the best in the Academy Sciences of the ESSR at 1972. Since 1970, Aladjev V.Z. – President of the Tallinn Research Group (TRG) organized by him, whose scientific results subsequently have received certain international recognition, primarily in the field of researches on the mathematical theory of homogeneous structures (Cellular Automata). Cellular Automata (CAs), initially being the root cause of the formation of the TRG, over time became a less significant direction of scientific and applied activity of the Group, inferior to more priority fields, in particular computer mathematics systems, although quite often interest in the CA problematics arose again for particular periods of duration; however, the intensity of researches in this direction also decreased over time.

In 1972, V. Aladyev published the first monograph on the homogeneous structures theory in the USSR, which was recognized as one of the best monographic publication of the Estonian Academy of Sciences in the same year, and in 1977 it was noted in Soviet Mathematical Encyclopedia and in Encyclopaedia of Physical Science and Technology. The monograph not only presented a number of original results on this problematics, but it introduced the basic Russian–language terminology on cellular automata too, which is now generally accepted.

From 1972 up to 1990, he held senior positions (chief engineer, deputy director for science) in a number of design, technological and research organizations in Tallinn (Estonia). V.Z. Aladjev's activities at these posts were repeatedly awarded and prizes by Council of Ministers of the USSR, the Central statistics Committee of the USSR, the All–Union Project and Technological Institute of the Central Statistics Committee of the USSR, etc. Prof. V.Z. Aladjev is the basic author more than 500 scientific, and scientific and technical works (including 90 monographs, textbooks and collections of articles) published in the USSR, Russia, Germany, Belarus, Estonia, Lithuania, Ukraine, the GDR, Czechoslovakia, Hungary, Japan, the USA, Holland, Bulgaria and Great Britain. Since 1972, he is referent and member of the editorial board of the international mathematical journal “Zentralblatt für Mathematik”, and since 1980, he is a member of IAMM (International Accociation on Mathematical Modelling). V. Aladjev is a member of the editorial boards of a number of scientific journals. He created the Estonian School for the mathematical theory of homogeneous structures, whose fundamental results received international recognition and have made certain contributions in the basis of a new division of the modern mathematical cybernetics. A lot of applied works of Prof. Aladjev V.Z. refers to computer science among which it is worth noting widely known text-books on computer mathematics systems. Along with these original editions, he developed a large UserLib6789 library of new software tools (more than 850) for which he was won the Smart Award network award, and a large unified MathToolBox package (more 1420 tools) for Maple and Mathematica systems, respectively, which rather essentially expand the functionality of these systems. During the preparation of these books and creation of software tools for the Maple and Mathematica systems, a sufficiently wide range of the proposals for organization, functioning and set of standard tools that improve both systems was registered, certain of which were subsequently included in subsequent versions of the systems.

In a number of fields (mathematics, computer science, cellular automata, mathematical packages, etc.) Aladjev V. collaborates with a number of universities in the CIS under the program “Visiting Professor”. As a part of the given program and in the process of preparing a series of books on Maple and Mathematica systems, Aladjev V. for a lot of years gave cycles of lectures on these systems for students, graduate students and teachers of the universities of the Baltic States and Belarus, which became rather famous in the above States. In May 2015, Prof. V.Z. Aladjev is an honorary member of the Russian Environmental Academy (1998), a foreign member of the Russian Academy of Cosmonautics (1994) and the Russian Academy of Natural Sciences (1999), a full member of the International Academy of Noosphere (1998). V.Z. Aladjev was awarded the Gold Medal “European Quality” by the European Scientific & Industrial Consortium (ESIC), awarded for outstanding achievements in the field of science, education, production and business. From 1976 to 1990, Dr. V.Z. Aladjev took an active part in the annual summer republican Olympics of state institutions of the ESSR, winning a number of medals in athletics. The most significant results of V.Z. Aladjev relate to the mathematical theory of Homogeneous Structures (Cellular Automata) and computer mathematics systems. V.Z. Aladjev's fields of scientific interest include mathematics, cybernetics, computer science, mathematical biology, and some other natural science fields along with preparation of books, text-books, lectures and articles in these and related fields.

V.Z. Aladjev was awarded the Gold Medal “European Quality” by the European Scientific & Industrial Consortium (ESIC), awarded for outstanding achievements in the field of science, education, production and business.


No viruses! Tested by Libmonster.
© http://biblioteka.by
71 days ago
Victor Aladjev


No viruses! Tested by Libmonster.
© http://biblioteka.by
70 days ago
Victor Aladjev


No viruses! Tested by Libmonster.
© http://biblioteka.by
More People from this City
‹
›


LIBMONSTER NETWORK ONE WORLD - ONE LIBRARY


Create and store your author's collection at Libmonster: articles, books, studies. Libmonster will spread your heritage all over the world (through a network of branches, partner libraries, search engines, social networks). You will be able to share a link to your profile with colleagues, students, readers and other interested parties, in order to acquaint them with your copyright heritage. After registration at your disposal - more than 100 tools for creating your own author's collection. It is free: it was, it is and always will be.